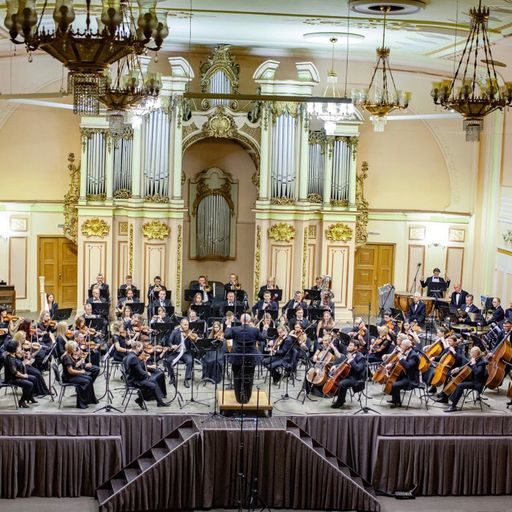 The Ames International Orchestra Festival Association continues its proud tradition of bringing major symphony orchestras from around the globe. The Lviv National Philharmonic Orchestra of Ukraine (LNPOV) will play Stephens Auditorium on Friday, March 3, 2023.  Tickets are on sale to the general public starting Wednesday, Dec. 21.

The program will feature Brahms – Tragic Overture; Brahms – Piano Concerto No. 1 in D minor Op 15 and Dvorak – Symphony No. 9 (New World) in E Minor Op 95 with soloist Oksana Rapita. Rapita, one of the most prominent Ukrainian pianists of the present day, tours extensively abroad and has performed in more than 20 premieres of Ukrainian and foreign composers.

This performance is made possible with the support of the City of Ames Commission on the Arts and the Ames International Orchestra Festival Association (AIOFA).