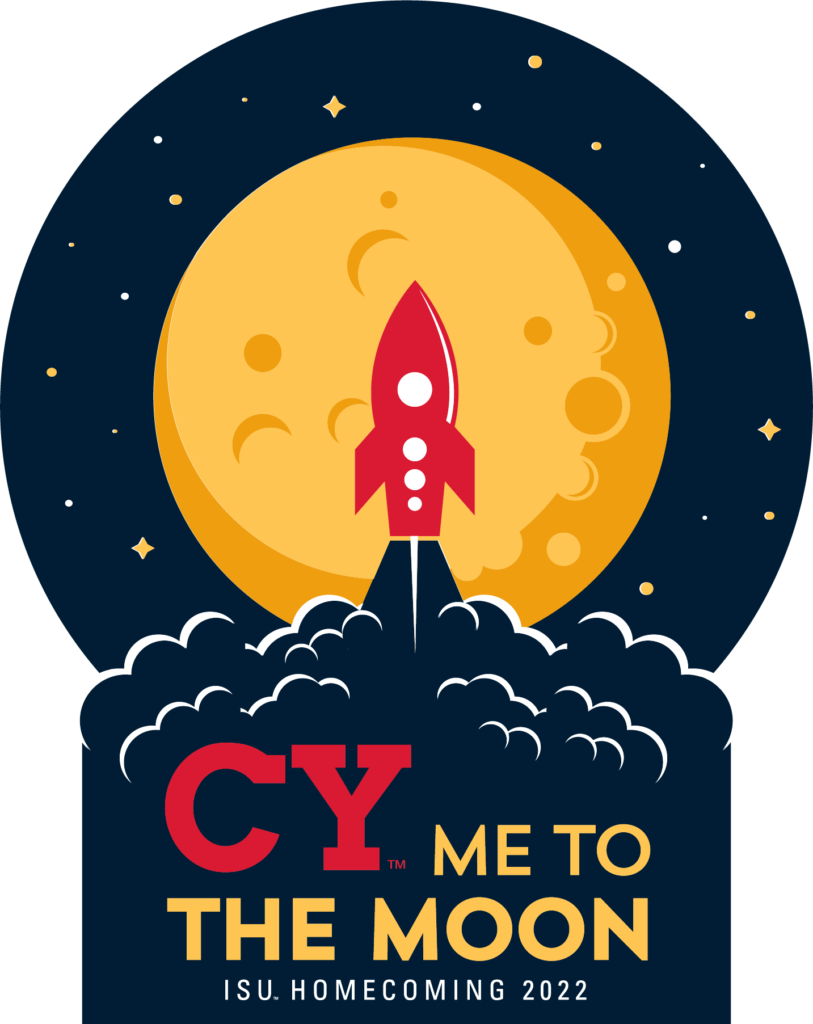 Iowa State’s Homecoming is a celebration that starts on campus but spills out not just onto the football field but throughout the city of Ames. This year, Homecoming week runs Oct. 30 through Nov. 5. Here are some highlights of the 2022 celebration that are open to the Ames community:

As visitors and residents enjoy the sights and sounds of this weeklong fall event, we thought it was a perfect time to put together a guide to Iowa State’s most popular traditions:

Homecoming itself is a tradition. Alumni first began returning home for an official Homecoming in 1912. Since then, the celebration continues to entertain Iowa Staters with traditional events, including tailgate parties, fireworks, lawn displays, the “Yell Like Hell” cheering competition, and “Mass Campaniling.”

The saga of Iowa State’s colors began in the 1890s. Originally, silver, black, and gold were selected. But the new colors proved difficult to represent in clothing and were “impossible” to use in athletics’ uniforms, according to the school newspaper. In 1899, the newspaper announced that a cardinal sweater with a gold letter would represent the college colors.

Iowa State became the Cyclones after the football team leveled Northwestern in 1895. As the Chicago Tribune noted at the time, “Northwestern might as well have tried to play football with an Iowa cyclone as with the Iowa team it met yesterday.” The nickname stuck. 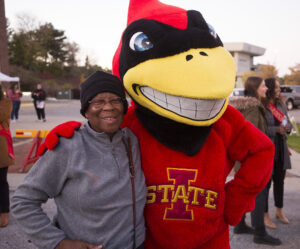 In 1954, members of Iowa State’s Pep Council decided that the college needed a mascot to symbolize new spirit for the athletic teams. Since a cyclone was somewhat difficult to depict in costume, a cardinal was selected from the cardinal and gold of the official school colors. Pep Council ran a contest to select a name for the new mascot. The winning entry, “Cy,” was submitted by 17 people – and Cy was born. 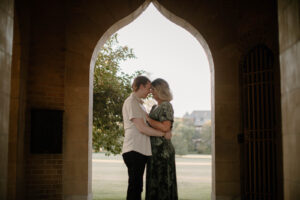 According to tradition, a student officially becomes an Iowa Stater when he or she is kissed under the ISU Campanile at the stroke of midnight. 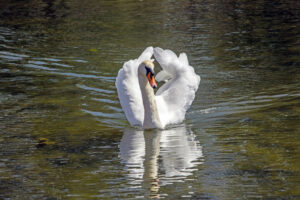 During VEISHEA 1935 (a student-run spring event), a large, swan-shaped float appeared in the middle of Lake LaVerne. And then the plaster swan unloosed its feathered passengers: live swans. The swans were named Lancelot and Elaine. Since that time, there have been numerous Lancelots and Elaines, including a pair of trumpeter swans reintroduced to their original Iowa habitat. (Sadly, one of the swans died last summer, and a replacement has not been made.)

Here’s another Iowa State tradition: If you walk around Lake LaVerne silently three times with your beloved, you are destined to be together.

Who knows what prompted that first student to step over the bronze zodiac relief of the floor of the Gold Star Hall in the Memorial Union? But for more than 70 years, subsequent students have done likewise, understanding that to step on the zodiac is to ensure that they will flunk their next exam. The bad luck can be dissipated by throwing a coin into the Fountain of the Four Seasons directly outside the door, but most students don’t want to risk it.